How exactly do you decide whom to trust with your life? How do you tell all the white coats apart, distinguish the merely competent doctors from the truly talented?

Leave that to Skinologica Group, a firm that asks physicians whom they would go to and then exhaustively screens the results. Together we’ve compiled a selection of the top practitioners in the most vital specialties for you, from psychiatry to plastic surgery. The selection is the result of two decades of work conducting the continuous independent survey of the medical profession. These are the doctors that other doctors recognize as the best in their fields.We have cooperation with some of the best surgeons on the world. The doctors listed below are just a few of our personal favorites whom we have cooperation with. 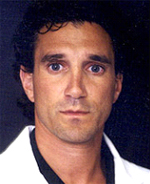 Having completed nine formal years of training beyond medical school, Dr. Shamoun is among the most highly educated Plastic Surgeons you will find in the United States today.

Dr. Shamoun has performed surgery on well-known celebrities as well as famous internation families throughout the world. He performed plastic surgery on the first female celebrity to have a face lift and forehead lift “live” on the Internet in June 1999.

Dr. Shamoun is the only U.S. Plastic Surgeon Quadruple Board Certified by the: 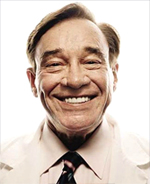 Dr Connell is regarded as the pioneer and leading expert in facelift surgery. Dr. Connell has performed surgery on well-known celebrities throughout the world. He is considered as one of the world’s best aesthetic plastic surgeons.

Dr. Bruce Connell, the father of the post-modern facelift, did not like the problems that the traditional facelifts created, and modified facelift techniques in order to minimize obvious facelift “give aways”, pixie ears, loss of sideburn hair, change in hairline, altering of the cartilage in front of the ear.

Dr Connell surgeon also lectures around the world, sharing the effective method behind his signature face and neck lift technique. He is also clinical professor of plastic surgery at the University of California, Irvine.

Dr. Connell has been featured in the People Magazine, Los Angeles Times, Los Angeles Business Journal, the New York Post, Women’s Journal Magazine and many others.

Dr. Mendieta has been named one of America’s Top Surgeons for five years in a row by the Consumer Research Council in America. Our Brazilian butt lift surgeon also lectures around the world, sharing the effective method behind his signature butt enhancement technique, the “Highlight Liposculpting and Lipo Fat Transfer” 3-D approach.

Breast augmentation is one of the most common plastic surgery procedures today. Dr. Berman pioneered the use of Gore-Tex (e-PTFE) materials for cosmetic surgery, and invented several patented surgical devices and implants, such as the Pocket Protector and the SAF-T-VAC.

Breast size and shape can be improved through breast augmentation. Yet, a breast lift may also be necessary if the goal is to improve sagging of the breasts.

Fat Grafting, also known as the Space Lift or Autologous Fat Transplantation can be one the best ways to return to your youthful look. Dr. Berman is known as one of the pioneers advancing the concept of volume replenishing to naturally restore contour to the aging face.